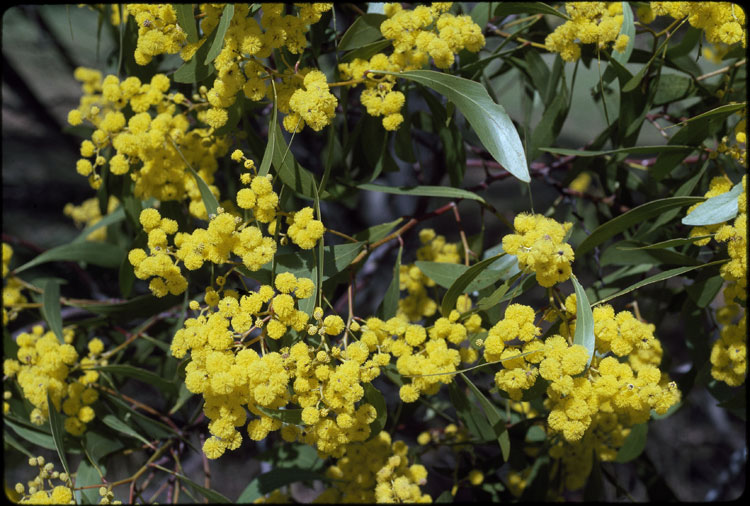 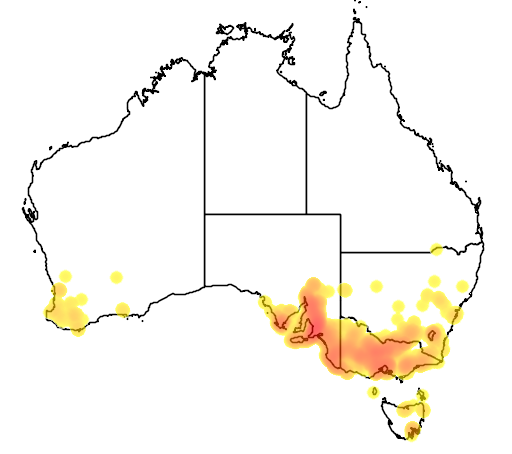 Widespread in most areas west of the Hume Highway.

This specie has been identified in the following Australian states: NSW, ACT, Vic, Tas, SA, WA.

From scarified seed (20-64 viable seeds per gram). Pour boiling water over seeds and soak for several hours before sowing.

From seed after fire, or without fire in non-compacted soil. Seeds remain viable in soil for many decades. Establishes very well when direct seeded.

Burns well and produces a hot fire, but generally too small to be useful.

Pale buff to brown. Not durable. Easily split. Bark is one of richest tannin sources in world, although rarely used commercially.

Small nectar-feeding birds attracted to base of "leaves". Flowers are a pollen source for native moths, butterflies and other insects. Insect-eating birds attracted. Larvae of the Fiery Jewel Butterfly feed on foliage at night. Grubs living at stem bases are food for birds, including the Grey Shrike-thrush and Black-faced Cuckoo-shrike. Gum is important food for possums such as the Sugar Glider and Squirrel Glider. Mature plants are nest sites for the Grey-crowned Babbler in Grey Box woodland. Insects attracted are important food for the Regent Honeyeater during breeding.

Gum eaten or dissolved in water with nectar to make sweet drink. Bark possibly used for medicine and fibre.