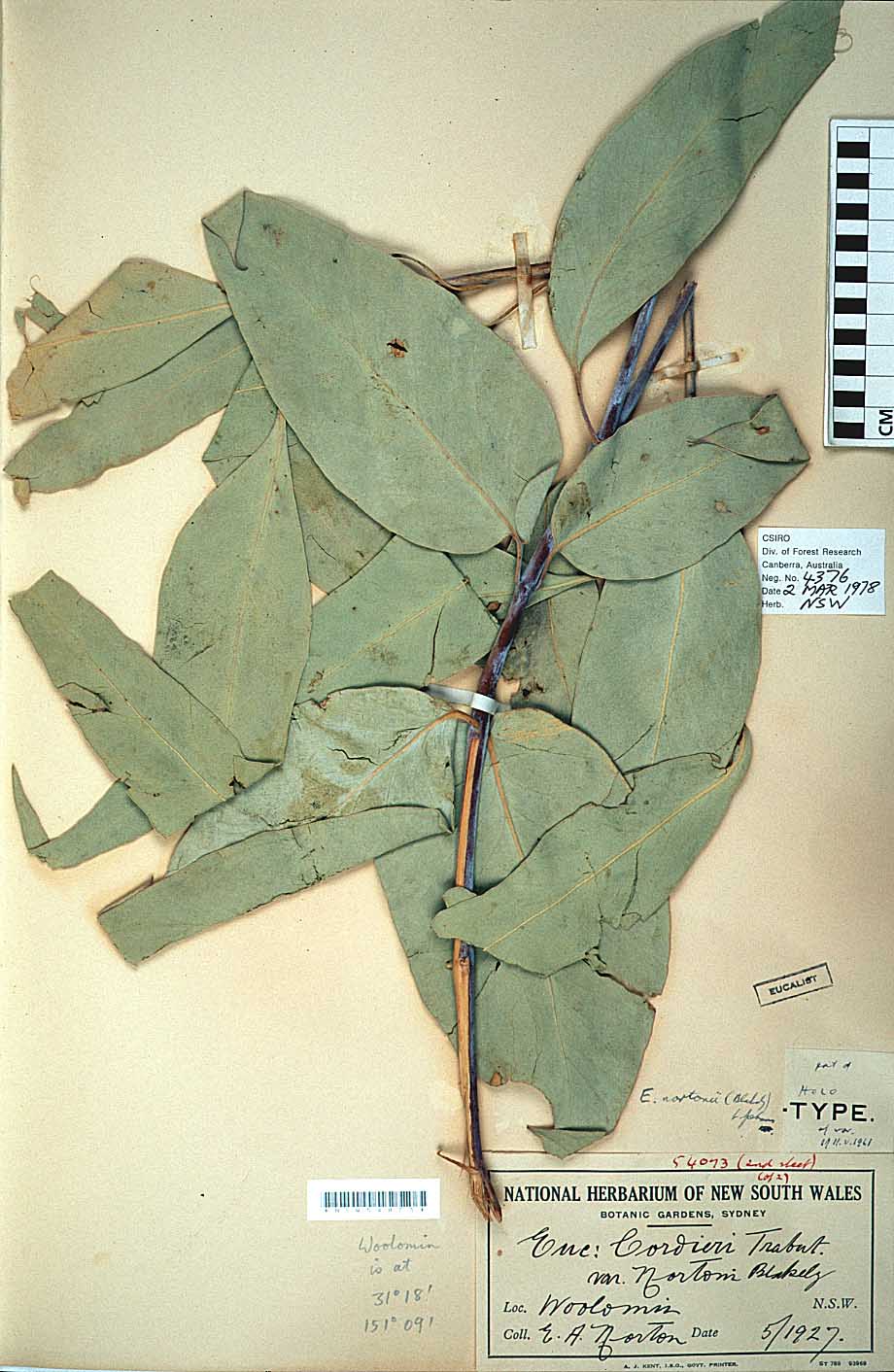 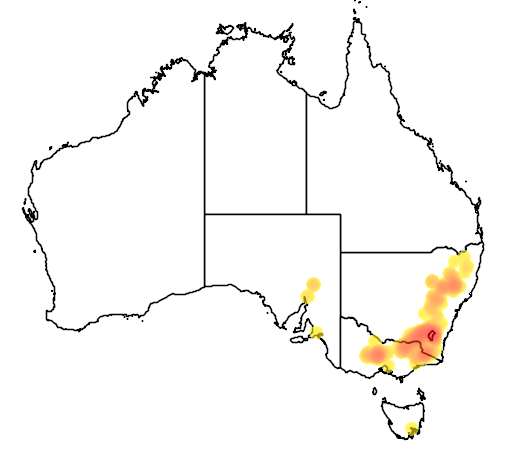 In most of the region except in the far west and north-west.

This specie has been identified in the following Australian states: NSW, ACT, Vic, Tas, SA.

Long-leaf Box and Silver Bundy are virtually identical except that Silver Bundy has glaucous (white-waxy) buds, fruit and branchlets whereas Long-leaf Box does not. Both are distinguished from Apple Box (E. bridgesiana) by their larger fruits and buds.

From seed, particularly in absence of competitive exotic grasses or weeds, and during wet summers. Often regenerates on infertile sites due to lack of weed competition. Establishes very well when direct seeded.

Leaves produce range of dyes depending on mordants used.