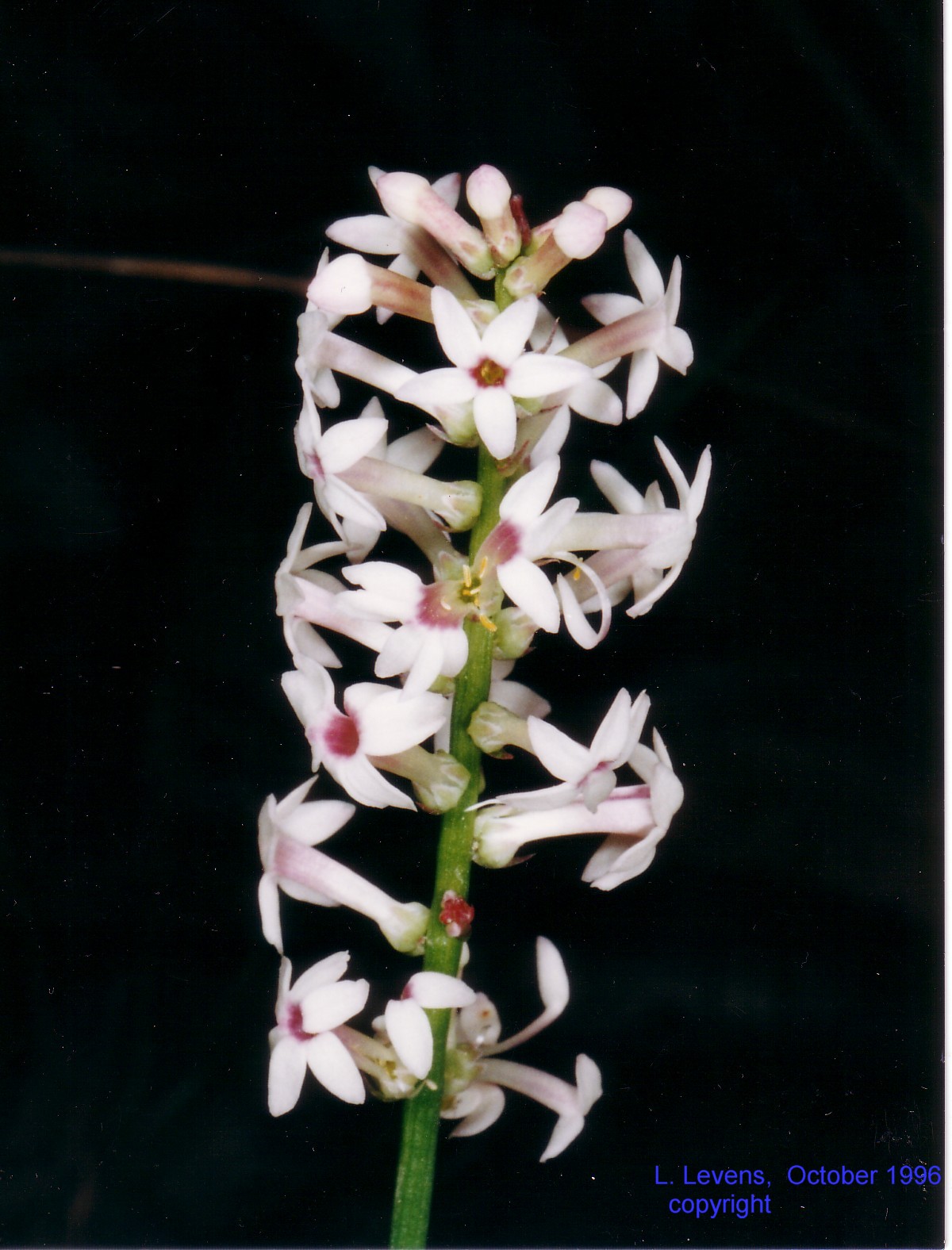 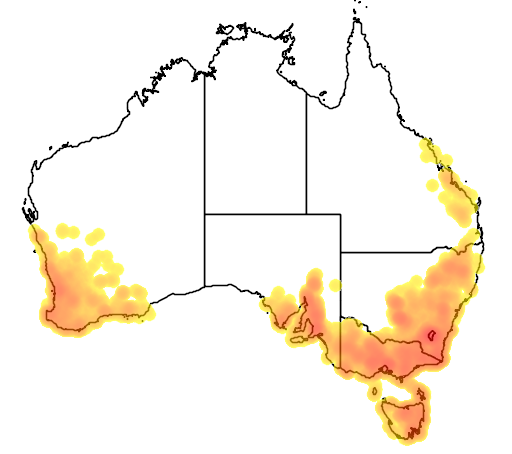 Noted from the west to the central areas of region. Probably also occurs further east.

May die down in hot dry summers and re-shoot in autumn. Flowers may emit strong unpleasant odour at night.

From cuttings of new leafy stems emerging from rootstock. Difficult from seed.

Useful in rockeries and containers. Plant in groups for best effect.