Categories: All families, All Flora, All Genera, Muehlenbeckia, Polygonaceae 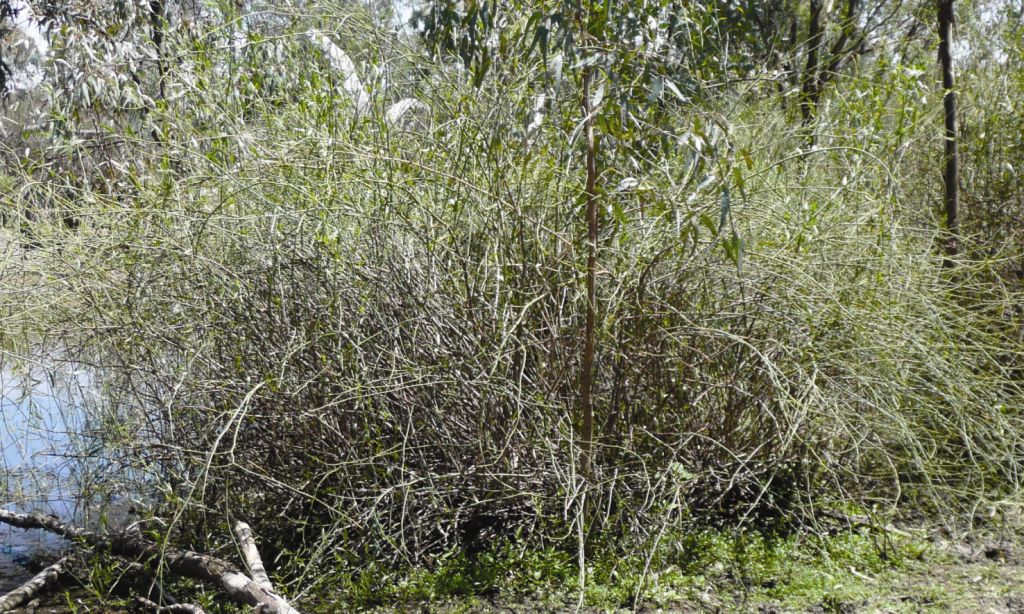 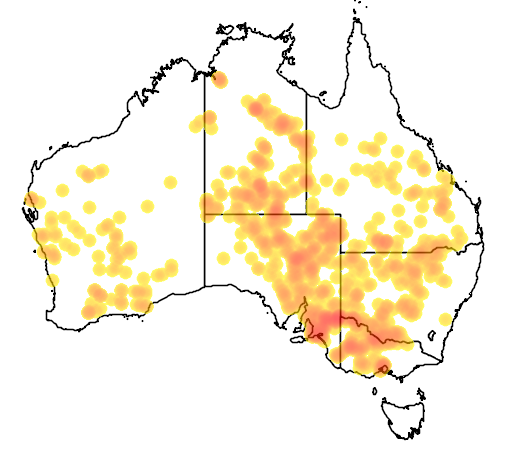 Noted in drier areas to the west, including Urangeline and Urana-Rand-Corowa, in depressions and along creeklines.

This specie has been identified in the following Australian states: Qld, NSW, Vic, SA, NT, WA.

From seed, or cuttings of firm young growth. Untreated seeds germinate in 1-2 weeks.

Often in dense stands that restrict access. Stock do not readily graze Lignum except when other feed scarce. Can be controlled in cultivation by burning or other means, but usually regenerates fairly quickly.