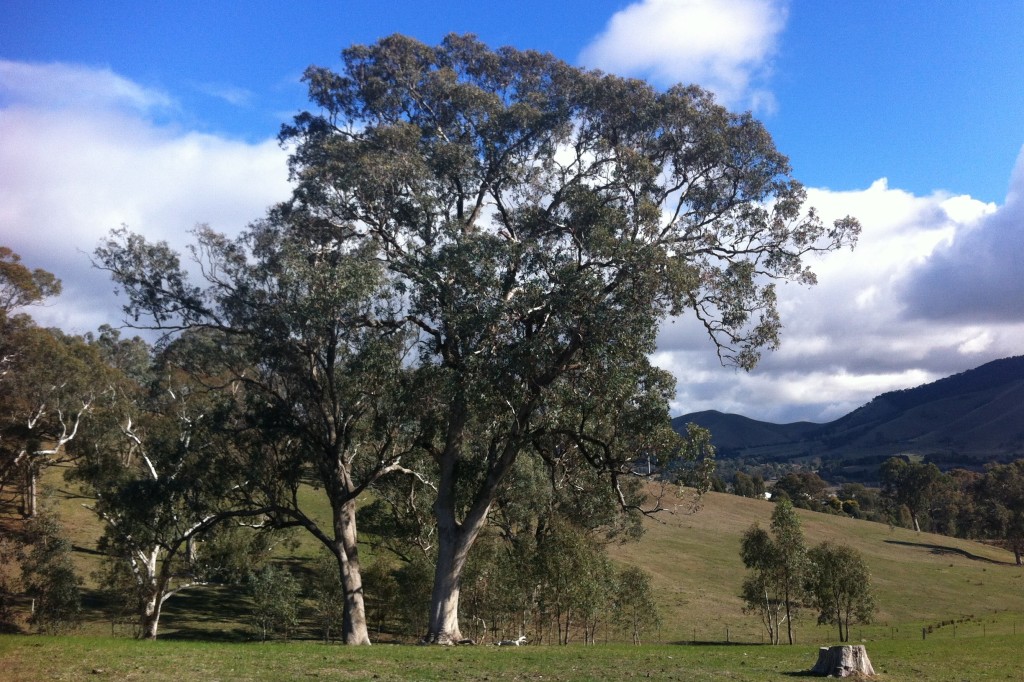 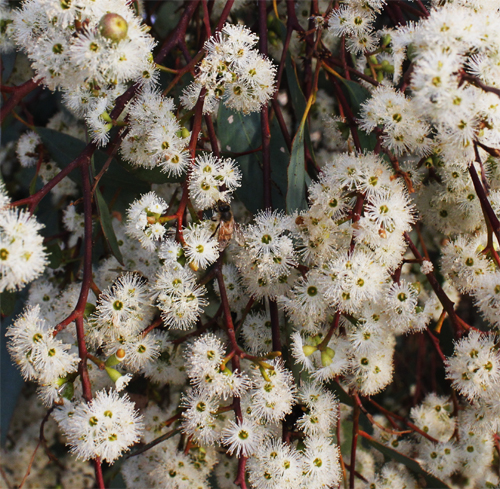 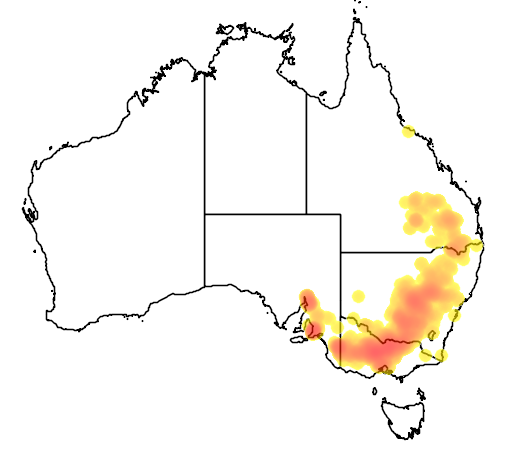 Widespread west of the Hume Highway on lower slopes and plains country.

Throughout year, as seeds generally retained. Good crops may be irregular.

From seed, particularly in absence of competitive exotic grasses or weeds, during wet summers. Coppices vigorously from low stumps, and regrowth is long-lived. Establishes well when direct seeded.

No outstanding features, although may be suitable for larger gardens and parks.

Leaves produce a range of dyes depending on mordants used.