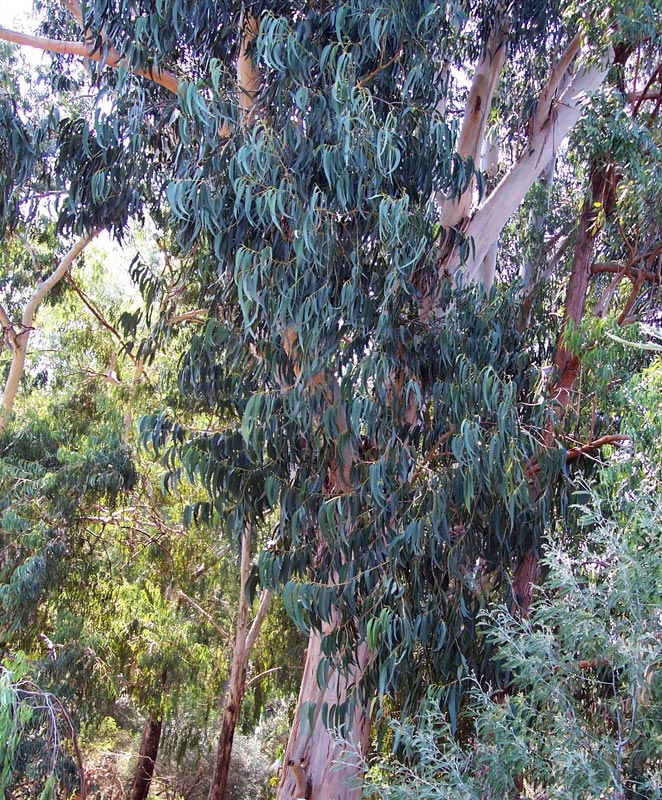 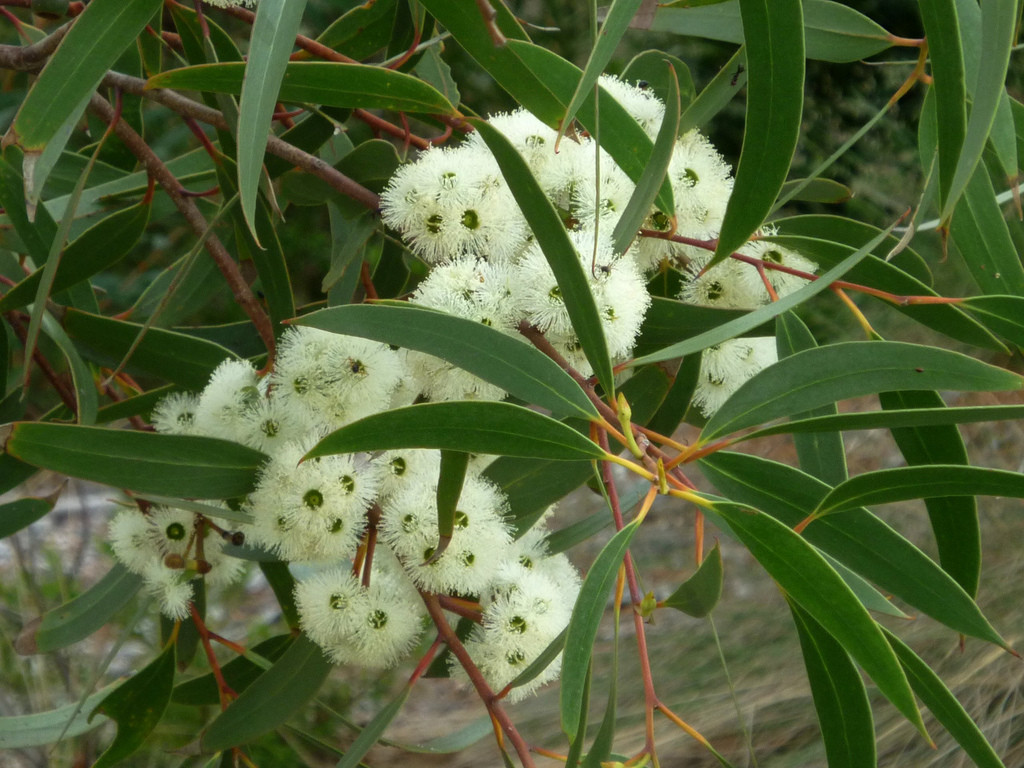 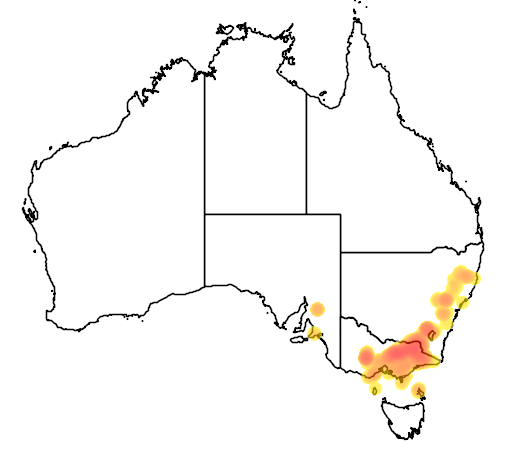 Bicostata, from the Latin bi, two, plus costatus, ribbed, referring to the two ridges commonly on the buds and fruits.

Primarily in wetter areas east of Hume Highway and south of Murrumbidgee catchments.

This specie has been identified in the following Australian states: NSW, ACT, Vic, SA.

Grows very rapidly when young. Uses large volumes of water, and if grown outside its natural range, summer water shortages may lead to tree death. Responds to fertiliser.

Early Jan to late May.

From seed, under during favourable seasons such as wet summers, particularly in absence of competitive exotic grasses. Coppices after fire or cutting.

Useful high-level cover in windbreaks. Casts heavy shade which suppresses most other vegetation.

Strong, moderately durable, with light-yellow or brown heartwood. Usually has interlocked grain with distinct growth rings. Density about 900 kg/m3. Mainly used in general construction, for making tool handles, and in bridges. Was used for cross-arms in electricity poles. Increasingly used as feature timber. Sapwood susceptible to damage by Lyctus borers. Can be grown for hardwood pulp or sawlogs. Useful as quick-growing "nurse" crop for Blackwood (Acacia melanoxylon) which benefits from shelter.

Useful in parklands where a dense stand required quickly. Generally unsuitable for smaller gardens. Sometimes seen as untidy because its fallen leaves and twigs are slow to decompose. Suppresses most other vegetation.

Leaves were used in a range of treatments including croup, asthma and colds as a vapour inhalation, and as an insecticide powder or spray. Leaves produce orange-tan dye with mordant alum.