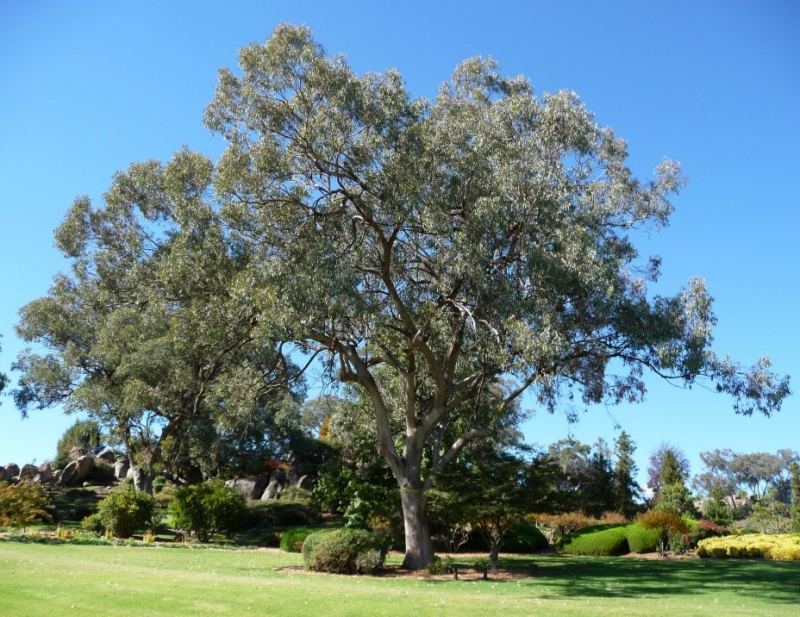 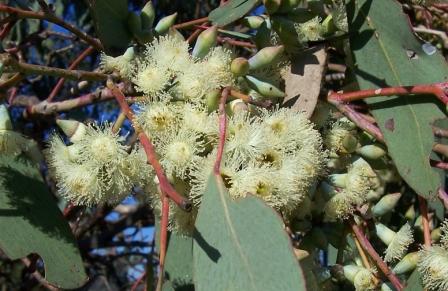 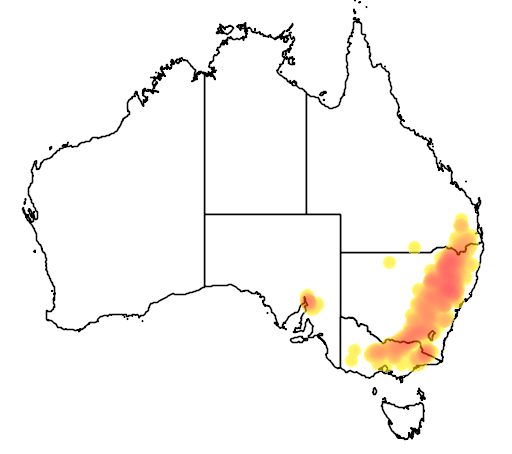 Distinguished from Grey Box (E. microcarpa) by its blue-grey adult leaves, which are generally wider, and its larger glaucous (white-waxy) buds and fruit. Grey Box has greener leaves and smaller buds and fruit, both of different shape to those of White Box.

Throughout year, although summer and autumn best.

From seed, during favourable seasons such as wet summers, particularly in absence of competitive exotic grasses. Establishes reasonably well when direct seeded.

Useful medium to high-level cover in windbreaks. Excellent shade for livestock and dwellings.

Excellent. Burns very well, for long periods due to its density.

Excellent habitat. Flowers important nectar source for birds such as honeyeaters, including the Regent Honeyeater, and parrots, including the Swift Parrot, over winter when other nectar sources are scarce. Food source for gliders, native moths, butterflies and other insects, which provide food for insect-eating birds. Hollows provide refuge and nesting sites for many birds and mammals, including the Sugar Glider and Squirrel Glider, which obtain sap from trunks.