Categories: All families, All Flora, All Genera, Blechnaceae, Blechnum 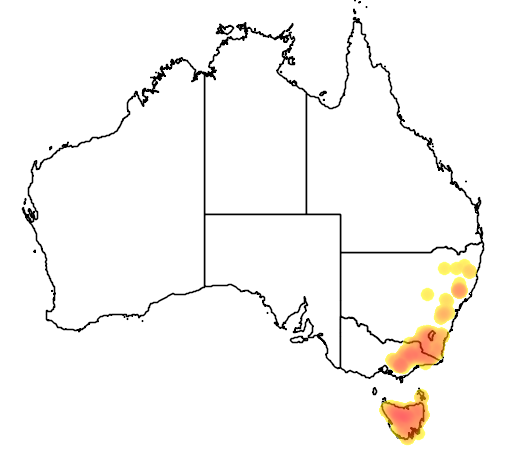 Predominantly east of the Hume Highway.

This specie has been identified in the following Australian states: NSW, ACT, Vic, Tas.

By division of rhizomes or from spore.