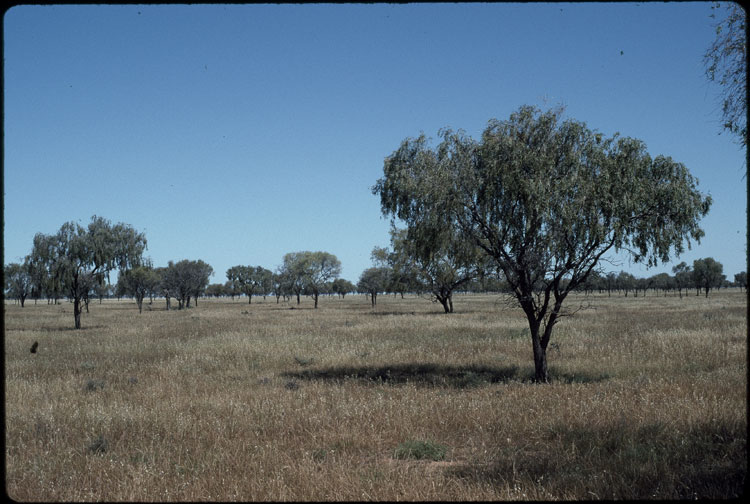 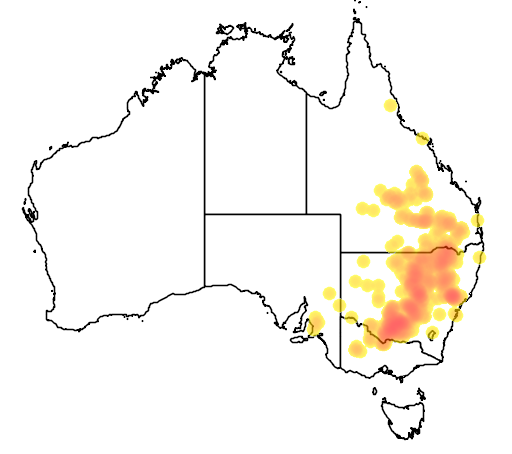 From Latin pendulus, pendulous or hanging, referring to habit.

Mainly west of Olympic Highway on lower country and plains.

Relatively slow-growing. Relatively palatable to livestock. During drought trees lopped for fodder. Coppices, although very old trees damaged by lopping and may die. Prone to use by the Bag-shelter moth, which occasionally kills trees. Suitable for fire-prone areas.

Golden-yellow, mainly summer to autumn. Irregular, depending on season.

From seed (6-28 viable seeds per gram). Immerse seeds in hot water at 90oC for about one minute, before drying and sowing.

From seed if livestock fenced out. Coppices after fire.

Boomerangs made from wood.