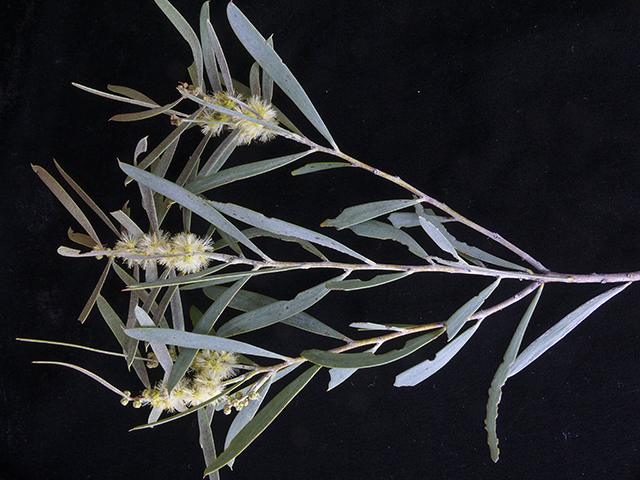 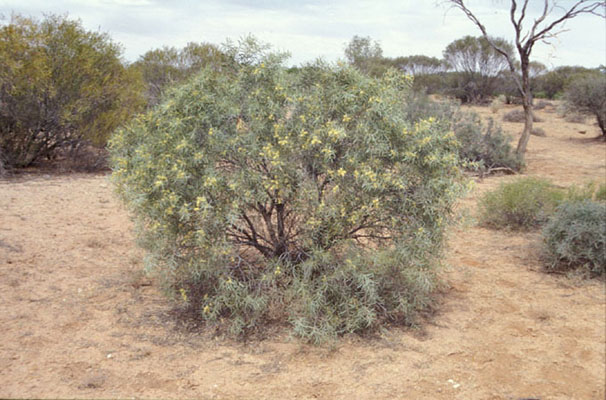 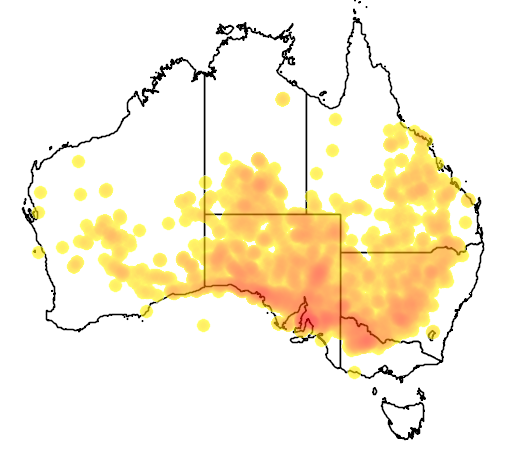 Noted in Brookong catchment. Becomes widespread to the west of the region.

Widespread in various habitats and vegetation communities, including open eucalypt forest or among other acacias.

Distinguish from Boree (A. pendula) by "leaves". Miljee "leaves" are sharp-tipped.

Dec to late Feb. Monitor closely as seeds released immediately or within 1-2 days of maturity. Abundant seeder every few years.

Clubs and other weapons made from timber. Seeds ground to edible paste.